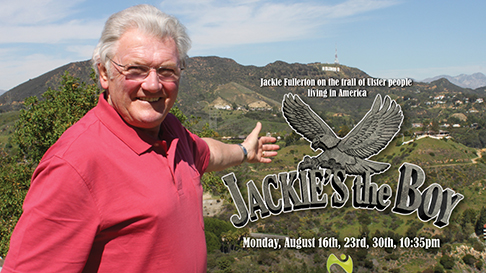 It took me a while to convince BBC to commission this series, and thankfully it was a big hit with the audience. Jackie Fullerton was the perfect front man to meet Northern Ireland people who’d ‘made it’ in America.

Episode One features my late friend Ian Brick. A millionaire
living in Nashville’s most exclusive suburb, he made his fortune in pharmaceuticals, and was sufficiently well-heeled to retire in his forties. So great was his success that he was able to give his old university, Queen’s, a million dollars to refurbish the Students’ Union where he had been president back in the 1960’s. It also features a cameo appearance from a youthful Gareth Dunlop, who’d just won the Belfast Nashville Songwriters Award. Original music by David Ballantine.

Episode Two is the story of Susan McConnell from County Tyrone. She lives with her husband, Lars and twin sons in the hills above Pasadena just a short drive from the airstrip where they keep their ‘plane. Also in this episode is artist, actress and movie producer Claire Falconer from Fermanagh. She lives in a fabulous building which was once the home of film stars Douglas Fairbanks and Mary Pickford. 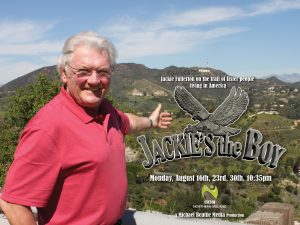