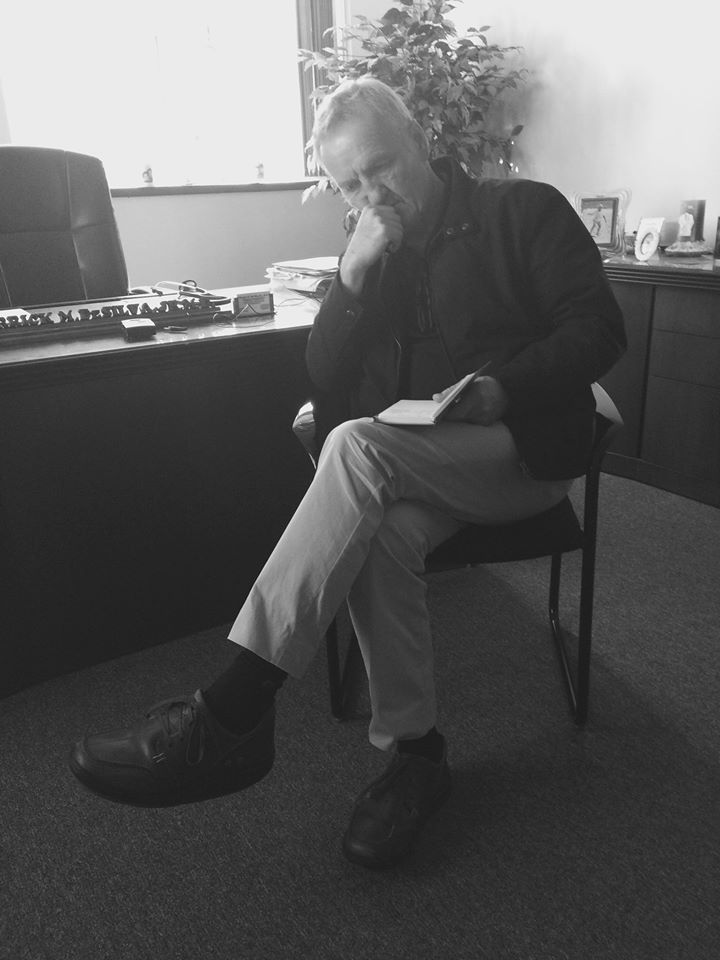 CHRISTINE’S CHILDREN BBC
A tale of tragedy and redemption, taking one man from a horrific event of the Northern Ireland troubles to the street children of the Philippines.
“A lesson in documentary making.”
Irish Film and Television Academy
Royal Television Society Best Documentary Award
“Compelling, emotionally engaging and with a powerful story, it combined confident restraint with surprising revelation.”
Royal Television Society Awards Panel
“Should be shown every week for a decade…it doesn’t often get as uplifting as this.”
Lynda Gilbey, Sunday Life
“Would bring tears from a stone.”
Eddie McIlwaine, Belfast Telegraph
“A powerful and intimate story.”
Kate Cooney, News Letter
“Touching…no heart-breaking.”
Gail Walker, Belfast Telegraph

BREAKOUT BBC
The inside story of the IRA’s mass escape from the Maze prison in 1983, the biggest jailbreak in British penal history.
“Our judging panel was particularly impressed with the film’s taut and incisive examination of the material…bowled over by how much the film managed to cover without ever losing track of its central narrative.”
Boston International Film Festival
“A fascinating story. The arrogance and lack of political wit of Sinn Fein minister Gerry Kelly revealed we’re still not out of the dark ages.”
Stephen Gordon, Sunday Life
“Brilliant…riveting television.”
Martin Lynch, playwright
“A fantastic piece of journalism…outstandingly good…brilliant reportage.”
Nick Garbutt, former editor, Irish News

SITTING FOR PARLIAMENT BBC4
A portrait of Northern Ireland’s politicians as they sit for the first painting in 50 years of the North’s government.
“This is a rare thing – a comedy about democracy. Ian Paisley discussing circumcision and Martin McGuiness revealing how he perfected his powers of concentration – police interrogation.”
Nick Fraser, Editor, Storyville, BBC 4

A HOUSE DIVIDED RTE
60 minute version of above.
“A piece of work which offered genuine insight into the mindset of the North’s tribal chieftains, and may even help explain why the troubles prove so resistant to imaginative exploration.”
Liam Fay, Sunday Times
“An excellent documentary. In fact it is one of the best pieces of political journalism of the last decade. This documentary contributes enormously to understanding.”
Lord John Alderdice, Speaker, Northern Ireland Assembly
“Northern Ireland’s politicians as you’ve never seen them before.”
Belfast Telegraph
“A significant film about a significant event.”
Jan Battles, Sunday Times

SORRY FOR YOUR TROUBLE BBC
A journey into death and dying, and the first television documentary presented by William Crawley
“Eye-popping insights…with philosophical ruminations…the film managed the difficult trick of being both agreeably profound and frivolous about a topic still regarded as a taboo.”
Liam Fay, Sunday Times

BORDER LIVES Online series with European funding
Six films looking at life along the Irish border during the years of the conflict. Most of the interviewees has never before told their stories.
“A remarkable project with a remarkable legacy.”
Danny Kennedy MLA Minister for Regional Development
“While the politicians keep talking about dealing with the legacy of the past, with this series Michael Beattie has already started the process.”
Belfast Telegraph

THE POX DOC BBC
The inside story of an STI clinic – the Genitor Urinary Department at Belfast’s Royal Victoria Hospital
“Making a documentary about sexual health can’t be easy. The Pox Doc faced down the singgerers.”
Sunday Times

IN THE FOOTSTEPS OF BLAIR MAYNE BBC
Formula One star Eddie Irvine examines the life of his hero, the most highly decorated soldier of WW2 and commander of the SAS
“A real insight into the mind of a very complex character…wonderfully atmospheric.”
Michael Macmillan, former BBC Middle East and Washington Correspondent

STRESS AND DISORDER BBC
Post Traumatic Stress Disorder suffered by members of the Royal Ulster Constabulary.
Selected by the Belfast Telegraph in 2010 as one of six ‘TV gold’ documentaries of the past 15 years.

PUNISHMENT UTV
The real cost of terrorists appointing themselves judge, jury and deliverers of retribution.
“One of the most courageous films since the peace process began.”
Henry McDonald, Observer

TAILWIND BBC/RTE
The untold story of Northern Ireland’s key significance to the air war from 1939-45.
“Simple in form yet complex in what it says, it works its magic in a subtle way. It’s moving, magical, with a brilliant pay-off at the end.”
Alan Maher, Irish Film Board

HEAR MY PRAYER BBC
An insight into Ireland’s largest Christian gathering – the annual Novena at Clonard monastery on Belfast’s Falls Road.
“This is produced by Michael Beattie, so expect a quality programme.”
Gail Walker, Belfast Telegraph

STANLEY WOODS: FORGOTTEN HERO RTE
The epic tale of pre-war motorcyclist, Stanley Woods, his 10 Isle of Man TT victories and 26 European grand prix wins.
“The most impressive documentary made about any Irishman, never mind a motorcyclist.”
Road Racing Ireland
“If you’re planning anything cancel it now. If you’ve any sense you’ll be on the sofa to watch this film. It’s brilliant.”
Geoff Hill, Belfast Newsletter
“His amazing life has been brilliantly captured…unmissable viewing.”
Bangor Spectator

LEAVING LAS VEGAS UTV
The latest twists and turns in the trials of world champion boxer Wayne McCullough.
“Quite simply fascinating.”
Lyle Jackson, Sunday Life
“I’m not talking to anyone else. If you want to know what’s happening, watch Michael Beattie’s programme.”
Wayne McCullough in the Irish Times

MAKING A STAND RTE/BBC 9With Gerry Gregg, Praxis Pictures)
The life and times of legendary Irish politician Conor Cruise O’Brien.
“Impressive and comprehensive.”
Brendan Glackin, Irish Times
“Deserves a repeat showing.”
Barbara McKeown, Irish Press
“Impressive profile of a distinguished scholar, journalist and former politician.”
Andrew Hislop, The Times
“A well-made exploration of the paradox implicit in the Cruiser’s various stands.”
Observer Review
“A rare examination of ideas which avoided the glutinous adulation sometimes passing for a screen profile.”
Daily Telegraph
“There were more ideas, more strands, than we normally expect in an hour of television.”
Sunday Telegraph
“May well cause the same kind of controversy as so many statements of its distinguished subject.”
John Boland, Irish Press
“Cleverly discerns and highlights what motivates his quest to get to the heart of political and artistic issues.”
Rory Hafford, RTE Guide

A SLOW WALK ACROSS NO MAN’S LAND UTV
The tragedy of the Battle of the Somme revealed through letters, diaries and recollections of Ulster participants.
“An impressive film about Ulster’s saddest day.”
Irish News
“Did not so much bring home the horror, as create complete revulsion at the system creating it.”
Belfast Telegraph
“Powerful portrayals by Ian McElhinney, Brenda Winter and Lorcan Cranitch.”
TV Times
“Unique, yes; poignant, yes…it left me drained.”
Belfast Telegraph