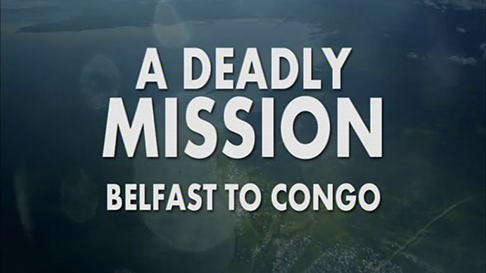 A Deadly Mission – Belfast to Congo

Out of the blue I got a call from Alison Millar, from Erica Starling Productions, asking me if I’d like to work as Executive Producer on a film they were making. When I heard what it was, I jumped at it. I’d never met Bob McAllister but was certainly aware of him. A few days later I met the director Jane Magowan, someone I’d wanted to work with for some time, and we took it from there. It was great to have Richard Dormer (who’d portrayed Blair Mayne in my film about the WW2 soldier) narrating the film. And to discover my favourite ITN reporter of all time, Sandy Gall, had been on the ground at the time of the Congo uprising and agreed to an interview, was the icing on the cake. As I write this (May 2020) Bob is still hale and hearty and living in Armagh. 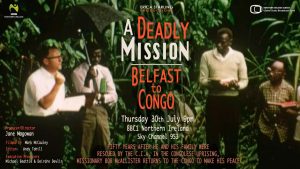