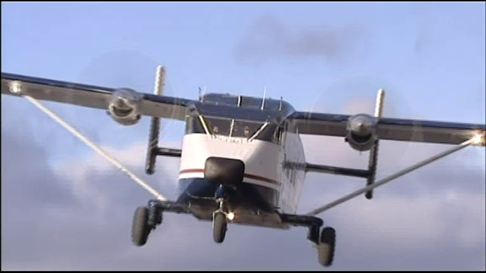 I couldn’t have made this film without the help of Jamie and Barb Tait, owners of Summit Air in Yellowknife. As you’ll see in the film, they love their Skyvans and they were proud to have us film their operation. They went the extra mile to make sure we got the best shots we could, removing a door from their Dornier for the best air-to-air shots we could get. My friend Michael Stevenson has an encyclopaedic knowledge of 60s pop music, so he was the ideal source for music of period…these were all his own tracks. Except for one. I used a version of Van Morrison’s ‘Crazy Love’, in tribute to Jamie and Barb’s crazy love for each other and their Skyvans. It’s by a dear friend of mine, Scott Ainslie, one of the finest blues players I’ve had the privilege to hear and even perform with. You can find him at cattailmusic.com. And I asked my fired Cherrie McIlwaine if she would narrate it. Cherrie’s a wonderful woman I first met when we worked in Downtown Radio in 1976, and a voice well-know to BBC Radio Ulster listeners in more recent years.