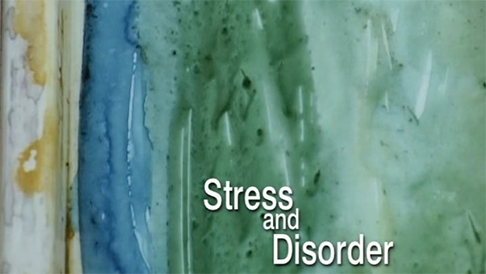 One of the heart-warming things about film-making, is the friends you make. Particularly when dealing with deep, personal issues. Like Post Traumatic Stress Disorder. It’s often the case that you move into someone’s life for a few hours or a few days, sometimes a few weeks. And they give you the secrets of their heart. They trust you. Like a best friend. It’s often a humbling experience.

Sometimes those brief friendships don’t stand the test of time. Perhaps you realise you haven’t really anything else in common outside that period you met and talked in depth. Perhaps the interviewee doesn’t want to see you again after a cathartic experience. That’s always been one of the more difficult things for me. It leaves a feeling like I’ve sucked someone dry for the sake of a film, and I leave them. Perhaps never see them again.

It’s the element of ‘trust’ I’ve talked about elsewhere. And the thing I try to encourage most in younger film makers I work with. You’re meeting someone for a brief time and they’re giving you a great deal. You have to cherish that as you make use of it. You have to represent, as fairly and accurately as you can, the whole person…distill perhaps hours of interview into a matter of minutes in your final film, that does justice to your subject.

I’m glad to say I’ve made some lifelong friends among those interviewees who’ve bared their souls. People like Sam Robinson, a former member of the RUC. A man who’s been ‘…to hell and back.” Since this film, we’ve had many happy adventures together.

Sam’s an amazing character. A talented writer – particularly in his tales of working class Belfast life in days gone by. An artist. In my office I display a painting of a harbour scene he painted for me in thanks after Stress and Disorder. He’s a guitarist and songwriter. He’s written a host of songs in collaboration with Ricky Warwick – frontman of Thin Lizzy, Black Star Riders and a solo artist in his own write. Sam’s also given a lifetime’s devotion to Glentoran Football Club and the Glentoran Community Trust.

When long-term relationships with people like Sam come out of the films I make, that’s the icing on the cake.