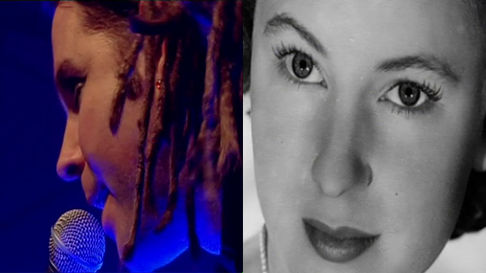 Ruby and the Duke

This film was an idea I should have had, but Andrea McCartney beat me to it. Thankfully, she asked me to join her. It was a particular treat because I’ve know Duke Special since he was a nipper, and no finer man on two feet to travel with and tell the tale of Britain’s first female pop star. It was also a chance to reconnect with another fine man I deeply respect and whose company I always enjoy, Phil Coulter. And then there’s Brian Kennedy, John Bennett, Paul Gambaccini, David Holmes, Camille O’Sullivan. And off I went to Spain as well, to meet Ruby’s former husband Bernie Burgess. Theirs was a love story with heartache but a happy ending. I’m forever indebted to you, Andrea! 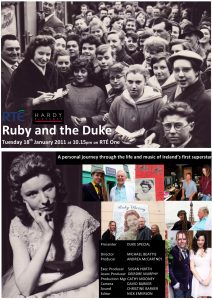