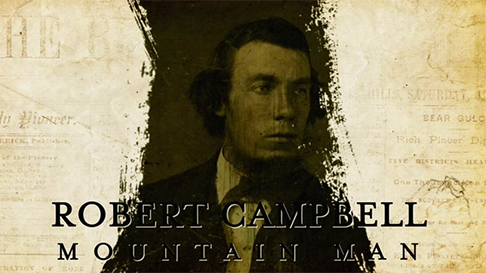 I’ve had the good fortune to make many films in the USA and travel there quite widely, including some great road trips that will feature in forthcoming blogs. Much about the American West captivates me. And few adventure stories can beat the history of the Mountain Men, a select band of trappers and hunters in the mid 1800s. Men like Jim Bridger, William Sublette, Jedediah Smith. I knew something of the history and had a notion that one day I’d make a film about them. Then, out of the blue, a friend called Alan Burnside told me he had an acquaintance just down the road in Helen’s Bay with an ancestor who was one of that legendary band. He was keen to tell the story. Would I meet him? I couldn’t believe it! Of course I would! Alan McFarland, a former tank commander and later a Northern Ireland politician, had already researched the story of his forbear Robert Campbell and what he’d uncovered drew me in. It took a couple of years, and a bit off leverage from my friend Stephen Nolan, to finally get the BBC interested. So off to the West I went with Alan, to tell the Story of Robert Campbell. Matt Gould, who I’d first worked with on Border Lives, was again my cameraman and drone pilot. 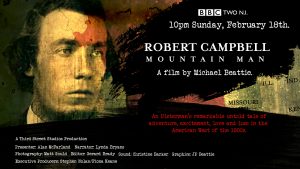 Behind the scenes / On set photography