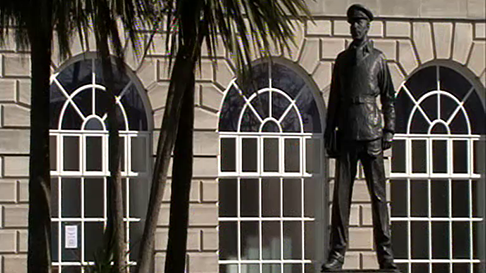 In the Footsteps of Blair Mayne

My favourite memory of making this film about one of Northern Ireland’s greatest wartime heroes, is shooting the opening sequence. I was at the wheel of my beloved little Smart car, roof down, hurtling along the coast road between Greyabbey and Portaferry by the shores of Strangford Lough, with cameraman David Barker filming from the passenger seat. We had actor Richard Dormer playing Mayne, and driving a replica of the sports car in which Mayne died after crashing into a lamp post in Newtownards. Filming can sometimes be such fun!