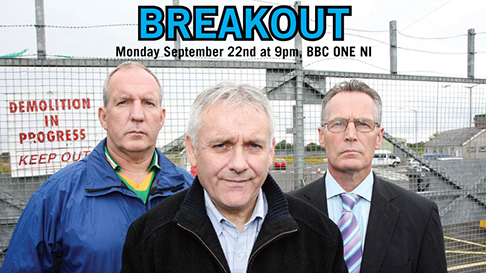 At the time of my 1993 UTV film, Unlocking The Maze, I couldn’t find any prison staff willing to take part. Most of them felt that by appearing on television they would become a more likely target for the IRA. So the only perspective was from escapees. I was particularly pleased that one prison officer, Campbell Courtney, agreed to be interviewed for Breakout and give a view from the ‘other’ side. Brendan Byrne had the wonderful idea of asking Emmy-winning Scottish actor Brian Cox to provide the narration, which he gladly did. The film was widely appreciated, and very well received at the Boston International Film Festival: “Our judging panel was particularly impressed with the film’s taut and incisive examination of the material…bowled over by how much the film managed to cover without ever losing track of its central narrative.” Original music by Neil Martin. 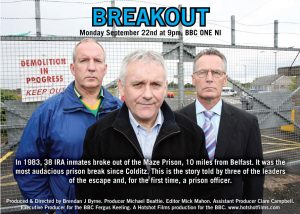