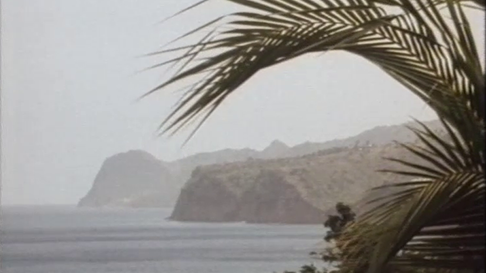 The Other Emerald Isle

I Slept With Michael D! That will be the title of my autobiography, if I ever write it. It would certainly grab the attention. In truth, we shared a room for three weeks back in 1985 on the beautiful island of Montserrat, twelve miles long and seven wide, and about 25 miles from the better known island of Antigua. And it all goes back to Stewart Parker’s play, ‘Kingdom Come’, which transposed the Northern Irish political situation to a tropical island. I don’t recall if I heard Parker interviewed about it, or a read it in somewhere, but this was the first time I was aware of the ‘black Irish’ of the Caribbean. I was intrigued and started researching. Eventually I had enough to form a documentary proposal. David Barker, that most visionary of cameramen, had asked me to help him form Northern Ireland’s first independent film production company, David Barker Associates, in 1982. He was insistent that this would be a great film for Channel Four, still in its infancy, and with a wonderful Commissioning Editor for Ireland, John Ranelagh. Among other things, John has written definite histories of both Ireland and the CIA. And he’s been knighted by the King of Norway for services to that country. He was on board straight away, and wanted the film as a “St.Patrick’s Day alternative” for 1986. I could write a book about the ensuing months, time spent with Michael D, his habit of reciting poetry in Irish at strange hours of the night, his wit and intellect. But suffice to say it was an epic adventure. And I still remember how the Irish News had me write a feature about it all for their St. Patrick’s Day magazine supplement. The front page photograph was one I’d taken of a Montserratian outside his wooden cabin. He rejoiced in the name of Danny Morrison. The ‘other’ Danny Morrison we all know was at that time was Director of Publicity for Sinn Fein! 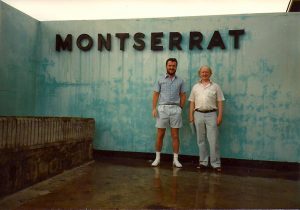